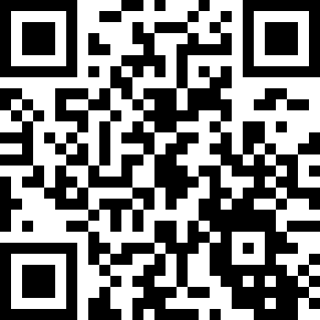 I remember the first time I did a direct mail campaign with a QR Code.  I was so excited to link direct mail and online marketing with this little barcode.  I figured everyone would think it was so cool and they would scan it right away.  As a result, I would be able to show a huge digital response rate in addition to the calls received for that campaign.  I linked it to a video on YouTube that better educated potential customers on the product we were advertising and I just knew it was going to change the way we advertised.  In a perfect world, I would have set up a landing page for it, but in this instance, it needed to be a little more generic.  Regardless, I couldn’t wait to see the response rates.  This was back around 2012 when smartphones were still new, but I figured everyone would figure out how to download a QR code app and they would know what that little picture was for.  I was wrong.

Responses were in the single digits.  No one was using them or responding to them.  I had to explain to everyone what they were, and I finally jumped on the bandwagon of “I tried that, and it didn’t work”.   I even laughed at the first-time last year when I went to a restaurant and they told me to scan the QR code instead of handing me a menu.  I flashed back to those campaigns and thought to myself that no one would know what to do with this.  I was wrong.

The reality is QR codes were ahead of their time.  In 2010, 20% of the population had a smartphone, and phones had to have a 3rd party app to read a QR code.  By contrast, in 2020, 81% of U.S. adults have a smartphone and Android & iOS cameras can read QR codes without an app.  Internet speeds on mobile devices are lightning-fast and QR Code affluence has gone up to 11 million scans by U.S. households in 2020.  People use QR Codes for payment, coupon redemption, to unite offline and online experiences, and to raise customer awareness.  The world caught up to QR codes.

So, given my track record for being wrong about QR codes, I recognize that I could be wrong again.  But recent testing data has shown that QR codes are now a relevant tool for adding to response rates, linking customers on offline marketing campaigns like direct mail to online funnels and landing pages, and increasing customer impressions.  QR codes are proving that they do have a place in marketing, and you may want to consider one for your next marketing campaign.  Direct mail, brochures, flyers, door hangers, you name it.  They all can easily add a QR code and drive customers to learn more about your products.  The risk is minimal, and you may even qualify for postal discounts on direct mail campaigns.  It’s time to give QR codes a second chance.